After a lot of hard work, you’ve done it. You’ve made your company’s site noticeably faster. Now it’s time for the fun part: showing stakeholders how much extra revenue your work has generated!

In this post we’ll walk through how to do that by calculating the relative mobile conversion rate. This metric is useful because it quantifies the effects of site improvements while excluding external factors like marketing campaigns, which can obscure your findings. Let’s get started!

A site’s conversion rate can be influenced by site characteristics— like speed and usability—and by external factors—like marketing campaigns, seasonal events, and the mix of marketing channels.

SEBUAH conversion happens when a site visitor becomes a customer. What counts as a conversion will vary depending on the nature of the site. Buying a product, subscribing to a service, registering as a user, or even just viewing a particular page could be considered a conversion. Check with your marketing team if you’re not sure how conversions are counted in your company. 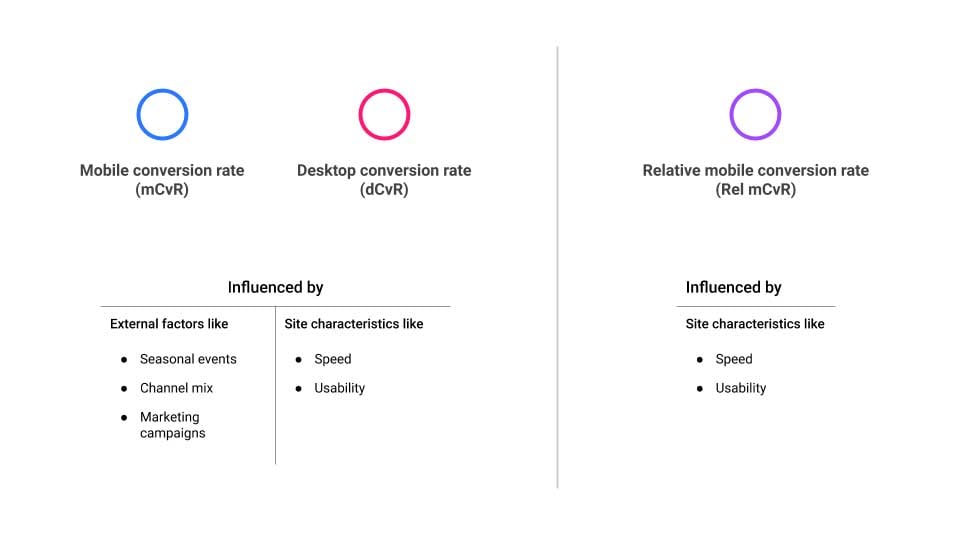 Caution: Caution: Rel mCvR is influenced not only by speed, but also by other site characteristics like usability. If other big changes were made to the site during the period you want to analyze, you won’t be able to measure the effects of speed improvements on their own, but you can show the benefits of all the improvements as a group.

Make sure you have access to your site’s Google Analytics, or collaborate with the analytics team. If you don’t have a Google Analytics account, you can learn how to set one up at Get started with Analytics.

Step 2: Go to this spreadsheet and click File, and Make a copy.

Step 3: Insert the View ID from Google Analytics into field B3, C3 dan D3 in the spreadsheet. If your Google Analytics has goals instead of Ecommerce Conversion Rate, change field B6 dan C6 so that you remove ga:transactionsPerSession and instead type in ga:goalConversionRateAll in the two fields.

You should now have a chart that looks something like this: 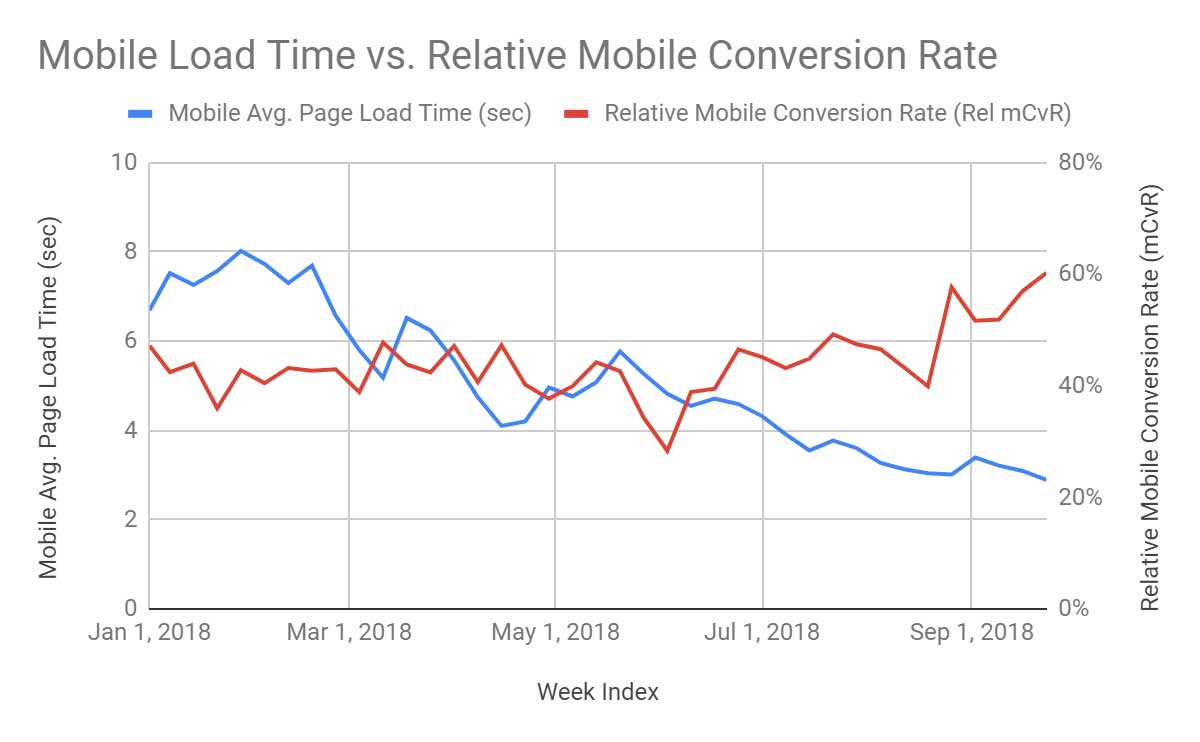 Step 7: In a new sheet, calculate the average load time and rel mCvR for the two periods. Then add the revenue coming from mobile visitors during the period after the speed optimization (Aug–Sept in the example). You can find revenue data in Google Analytics under the section Audience > Mobile > Overview.

Step 8: Now calculate what the revenue would have been if Rel mCvR had not improved. Do this by dividing the revenue (€1,835,962) by the current Rel mCvR (51%) and multiplying by the Rel mCvR for the period before the speed optimization (42%).

Step 9: Subtract the revenue that the company earned from what it would have earned if Rel mCvR had not improved.

In this example, the company earned an additional €323,993 in eight weeks thanks to Rel mCvR improving —that is, thanks to the mobile site becoming faster.

As noted above, other changes to the site, such as UX improvements, can influence Rel mCvR.

While it has some limitations, Rel mCvR is a great low-cost way to estimate how much a speed optimization increased revenue without, for example, having to run server-side or slow-down tests. And quantifying the relationship between performance and revenue can help you demonstrate the value of development projects whose benefits might not be immediately clear to non-technical stakeholders.